‘The Test Tribe‘ which is India’s largest Software Testing Community founded by ‘Mahesh Chikane‘ completed 3 years on 11th January 2021. The community was started back in January 2018, with an aim to co-create “Smarter, Prouder, and Confident Testers.

The community has now grown to all metro cities of India and is touching the Tier-II cities as well. It has conducted more than 100 Software Testing Events like Conferences, Workshops, Meetups, Webinars, Hackathons, etc. all over India and has even conducted many virtual events as well.

What has The Test Tribe achieved so far?

For their 3rd anniversary, the community had a set of Contests lined up and they even launched their new logo.

The day was completely packed with contests which included – Guess the New Logo concept, Think like a TTT Think Tank, TTT Changed my Life, Your favorite The Test Tribe Memory, and Three in a frame. There were also many Event launches and Giveaways that took place. 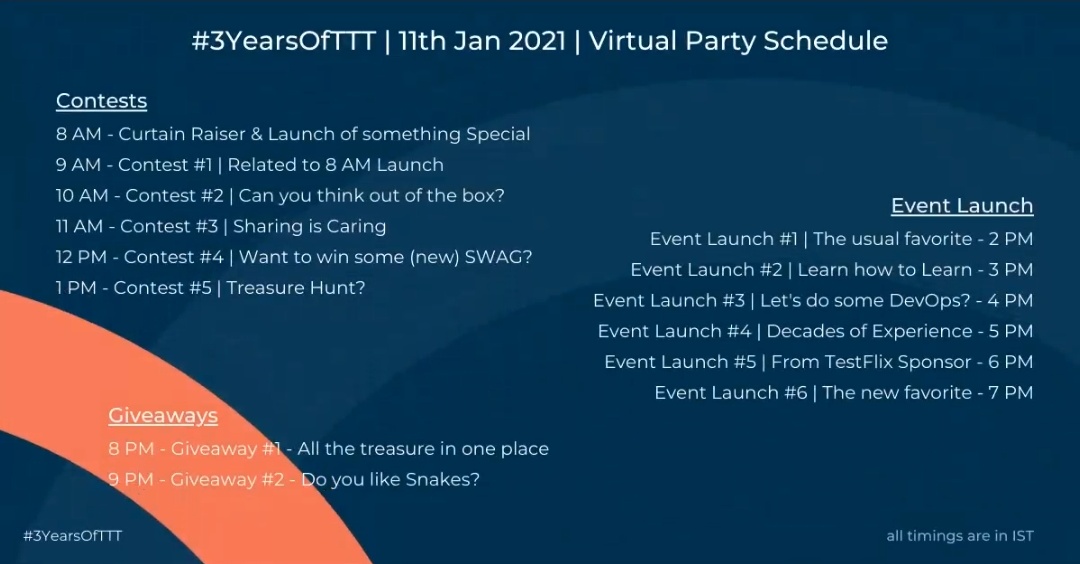