Opkey announced on 26th April 2021 that the company has launched its own “Opkey University”. According to OpKey University, software testing is a critical phase without which no software can be launched. In the future, there will be plenty of job openings in the test automation field. As a result, OpKey University will assist applicants in studying automation testing to develop the skills.

With the surge in test automation, OpKey assists businesses in streamlining their testing services by providing automation tools as well as training on using them. The courses are intended for both beginners and professionals who would like to learn about automation testing and gain knowledge about it. OpKey’s founder has also stated that all the courses have been developed by industry experts to provide detailed information about the OpKey Keyword-Driven and Behaviour Driven Development (BDD) Framework for test automation of enterprise applications. 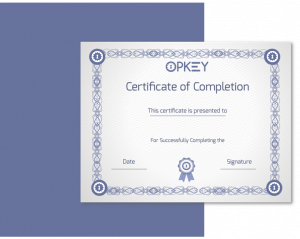 In addition to automation testing training for beginners, OpKey University also offers online courses for professionals employed in software development firms. Development companies may use these courses to train their QA teams about how to manage various types of Software testing conflicts during their employment period. Aspirants who complete the training will be competent to utilize the OpKey test automation platform to test internationally accepted ERP solutions such as Oracle. OpKey College also provides Mobile App Testing with pCloudy in addition to ERP test automation preparation.

“Opkey University” is available on the “Teachable” platform so those who are interested in training can check the further details of the courses as well as register themselves here.